The Red Tulip has been associated with Parkinson’s awareness since 1980 when a Dutch horticulturist that had PD developed a red and white tulip and named it "Dr. James Parkinson."

In April 2005, the Red Tulip was launched as the Worldwide Symbol of Parkinson's Disease.  This stylized red tulip, with its distinctive leaves shaped like the letters "P" and "D", was designed by early-onset Parkinson's patient Karen Painter.  Karen and her friend, Jean Burns, are behind the movement for it to become the internationally recognized symbol for Parkinson's Disease Awareness.  The PD Tulip has inspired a grassroots movement combining efforts  and resources to help find a cure in our lifetimes. 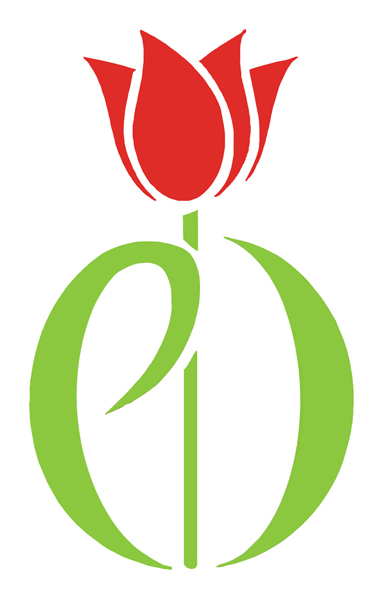